What happens when you put just the right amount of suspense and melodrama in a script? You get a binge-worthy series like Clickbait.

The way the creators, Tony Ayers and Christian White, take you through the entire series is quite interesting. Each episode gives you a different perspective and a different narrative. The lens through which you look at every episode changes, giving you a chance to understand every character a little better and peek into their individual lives. The narrative is so strong that it will keep you guessing till the very end, and even then, when you think you’ve got it, there’s an even bigger surprise awaiting you. So without further ado, let’s unwrap the mystery.

Pia (Zoe Kazan) gets kicked out of a family dinner where we are introduced to her brother, Nick Brewer (Adrian Grenier), sister-in-law, Sophie Brewer (Betty Gabriel), mother (Elizabeth Alexander), and her two nephews. In the first few minutes of the show, you realize that there is some tension between Pia and her brother and sister-in-law. After being drummed out of her mother’s birthday dinner, she hits the cubs, dances out her frustration and anger, drinks like a sailor, drops her phone in the toilet, rushes home, puts her phone in a box of dry rice, and goes to sleep.

The next morning at work, while tending to one of her patients, she comes across a video of her brother in a drab location, wounded and holding some placards. He is admitting to some gruesome and horrid crimes like abusing killing women. The video ends on a note saying, “At 5 million views, I die.”

Thus, starts the hunt to find Nick Brewer and solve the mystery around the said video.

Pia traces down Sophie, Nick’s colleagues, his friends, his students, and everyone she could think of to connect the dots and figure out a way to bring this dreadful nightmare to an end. What happens next is a series of twists and turns that keep the audience, the police, and the family equally involved.

Simon Burton (Daniel Henshall), brother of a woman Nick was allegedly dating virtually, and his friend, Daryl, are revealed to be Nick’s kidnappers. And like the audience, even the police had shut the case after this revelation, but Pia pulled the story forward, taking us towards a few more bombshells.

We discover that Nick had never really messaged Simon’s sister and, thus, was not the one responsible for her suicide. Someone Nick knew personally was impersonating him, which led him to this mess. The kidnappers let him go, and based on all the information he had gathered from them, Nick puts two and two together and is able to identify the person responsible for all the blunder.

Nick rushes to Dawn’s house (his secretary), where her husband, Ed, murders him in the heat of the moment.

Now the question turns up, “Why was Dawn posing as Nick Brewer?”

Nick, after setting up a profile on a dating app, lost interest and quit. Because his phone and laptop were synced to Dawn’s, she continued on his behalf, without him having even the slightest hint. Dawn looked at this as a way of bringing some excitement to her lonely and prosaic life. This hobby took a disastrous turn when one of the women took her own life when Dawn lost interest in her, leading Simon and Daryl to hunt down Nick and kidnap him.

The answers to all these questions can be spontaneity or panic or just the fact that sometimes, you don’t know where to draw a line. Loneliness, boredom, hysteria, and trepidation can make you do things that you would have never even imagined.

So, before weariness strikes, grab that tub of popcorn and sit through this binge-worthy series on Netflix.

Clickbait is a 2021 Drama Thriller Mini-Series created by Tony Ayres and Christian White. All Eight Episodes are streaming on Netflix. 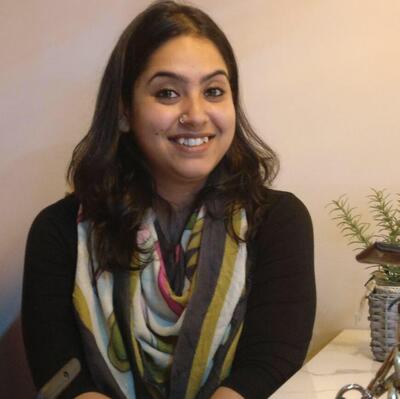 Vichitra Dhar
Vichitra is a creative director/producer with over five years of experience. She is passionate about writing, reading, and dance. After completing her course in journalism and post-graduation in Film Studies, she decided to get back to writing with some more experience and some more gusto.

‘The Exchange’ Ending, Explained: Did Farida And Munira Survive The Stock Market Crash Of 1987?

‘The Exchange’ Ending, Explained: Did Farida And Munira Survive The Stock Market Crash Of 1987?