The Italian series, Generation 56k, is told from a dual point of view. A beautiful journey of two love birds, starting from the era of 56k modem (internet connection device) and going over the next two decades. The 56k in the title refers to the 56K modem that the teenagers grew up with. Created by Francesco Capaldo, this rom-com series is narrated in 8 enchanting episodes.

Daniel, our Protagonist, and his two other friends are working on an app that helps escape wrong dates. Daniel and Matilda have an encounter by chance, leading to love at first sight on a date gone wrong. While Daniel puts all his cards on the table, Matilda hides a secret from Daniel that she is his Schoolmate who had a crush on him almost two decades back.

The story navigates in two different eras showing their lives in the time of 56k modem. With his two friends (Young Sandro and Luca), Young Daniel dares to borrow an adult VHS tape from school goon and plans to make copies of it and rent it out to buy PlayStation. As they try to do so, Daniel’s sister finds out and screams till his parents know, and Young Matilda shows her hatred to him.

Back in the present, Daniel is not aware of Matilda’s identity. Matilda is now engaged to a very noble Enea who leaves no stone unturned to make her happy. After the first meeting, Matilda is intrigued by Daniel, but she is in a constant war of doing and not doing. Back in her childhood, she struggled for her father’s attention, who left his family behind to make it big in Hollywood. We see how two of them connected together at the age of 12 when They were punished by the school Principal after a whole adult tape incident and were forced to work together on an assignment.

In the present life, Both are facing their complexes and become victims of wrong timings or situations all the time. Matilda is still friends with Ines (Claudia Tranchese), whom young Daniel had a crush on when he was 12. However, as the story moves ahead as Daniel and Matilda figure out their feelings for each other.

Matilda grows more irritated with this situation, and Enea keeps getting confused. Once again, she reconnects with her father during this, trying to heal her voids in penance and realization.

Matilda moves out of her Fiance Enea’s house. They both accept the break-up. She explains to Daniel her ex-fiance knew something was wrong and told her to follow her heart. Matilda breaks the news that she is saying goodbye and heading to Paris as her master’s course. She feels it will be silly to follow a childhood crush and again commit a mistake.

Daniel is clearly broken up about it but then suggests he’ll visit her — she kisses him, indicating that they have a relationship ahead of them.

Generation 56k has a lot of funny sequences. We love the 90s era with colorful outfits, innocent faces, floppies, internet curiosity, and childhood scandals. Despite so many stereotypes, the show offers a smooth watch. Daniel’s family from a young time is shown to be very funny and exciting. Matilda brings so many complex emotions on her face, both young and older. She stands like a sensitive, appealing, and deep thinking beautiful woman. The past references are not exaggerating or exhausting, thus keeping the story simple and a decent watch.

There is already a major cliffhanger in the story. Is Matilda going to take her relationship ahead with Daniel or not? Hoping to not watch them going through too many useless barriers to be with each other. A fascinating angel could be them married as a couple struggling to understand each other’s adult versions.

The show has the potential to jump out of its stereotypes and bring some new twists. However, as the name suggests, Generation 56k has to navigate in two different decades. The childhood plot is already open and over. We are not even sure if the writers are still working on the 56k era story in season 2. 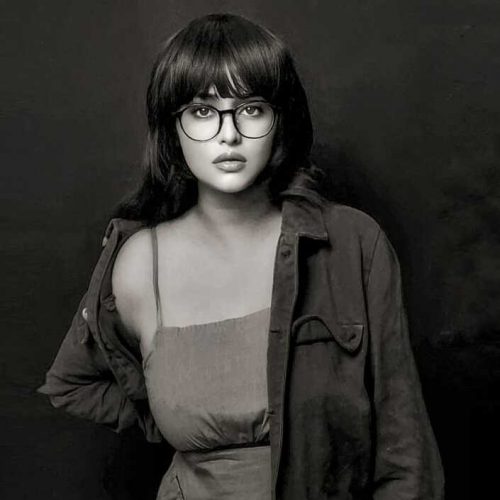 Praanii Aggarwal
Praanii Aggarwal has finished her studies in field of Psychology and Metaphysical Sciences. She now works as a Mind Coach and a Model. She has a flair for writing and eye for Good Movies. She loves to psychoanalyse movie characters and write Film reviews .

‘Pamela: A Love Story’ Explained: Why Did Pamela And Tommy Separate?

‘Trolley’ Episode 11: Recap And Ending, Explained: Will Soo-Bin Move Against Hye-Joo and Joong-Do?