The heightening uniformity in the arena of dark humor and psychological horror within the broader entertainment fold has seen a rather welcoming alteration with the release of the Sci-Fi horror Stranger Things on July 15, 2016. As the series progresses, various concurrent narratives skirting around the themes of friendship, maternal affection, and teenage tribulations converge to resolve the central mystery, that is, finding and retrieving the abducted Will Byers.

The narrative follows the kernel of the plot that progresses with the disappearance of an eleven-year-old boy, Will Byers, at a small town in Indiana named Hawkins. This is followed by a rigorous search for Will by his friends and classmates Mike, Lucas, and Dustin, as well as the involvement of the town’s lovable sheriff named Jim Hopper and Will’s mother, Joyce Byers (played by Winona Ryder).

Amidst the ongoing investigation, the show introduces Eleven, (a girl with shaved head possessing psychokinetic abilities), the seminality of whose role contained in her friendship with the boys gradually unravels motley of mysteries by taking the viewers on a ride to vicious scientific experiments, budding childhood romances, blood-thirsty monsters, and alternative realms.

Outstanding chemistry between the characters contributing to the emotional depth of the plotline and smattered with 80s’ reminiscent serves as the series’ savior from being potentially perceived as a banal sci-fi story culminating in the satisfactory destruction of the evil Demogorgon.

Instead, the viewers get acquainted with emotional complexities and investments discernible in the relationship of the parents with their children; be it the much-lauded conventional maternal affection displayed by Joyce Byers in unearthing the secrets of Will’s absence; unspooling the dormant self-interests of Lonnie Byers and Dr. Brennan’s unstoppable quest for Eleven, a viable subject of scientific experiments that kept the audience wondering and questioning the ‘sanctity’ of a parent-child relationship. These valuable subplots wrongly counted as ‘anecdotes’ have catalyzed the series’ depth amid the looming image of the deadly Demogorgon.

Who/What is a Demogorgon, and What does it represent?

Demogorgon is a predatory creature that is the primary antagonist in ‘Stranger Things’ Season 1 as well as the subsequent seasons. Demogorgon symbolizes ‘evil’ in myriad in numerous aspects; abduction of Will Byers, feeding on Barb, and inciting carnage throughout the town constitutes the infamous actions that are testimonies to this enforced status after the gates to the upside-down were accidentally opened.

The creature was eventually obliterated by Eleven, followed by a successful sealing of the gap between the actual and the alternative world. Within this fabric of the narrative, ‘Stranger Things’ Season 1 manages to place the concepts of ‘good’ and ‘evil’ and one of the key ways in which it is undertaken is the portrayal of childhood innocence in the form of friendship displayed by Mike, Dustin, Lucas, and Will depicted through a rigorous quest for the latter following his abduction.

The relationship of the former trio with Eleven maximizes the innocence and warmth of the bond that the series attempts through their friendship. In this sense, the show very meticulously and successfully underlines how the selfless friendship of childhood as symbolized through the bond between the childhood protagonists of the show is the driving force behind the readiness to defeat Demogorgon.

Throughout the series, the audience finds themselves cheering and rooting for them and, in the process solidifying their negative perception about the ‘evil symbols,’ Demogorgon being the literal representation. Together, the emotional complexities and the childhood innocence permeated throughout the show strengthen the dichotomies with regard to the constructed notions of ‘good’ and ‘evil’ and thereby end the ending of ‘Stranger Things’ Season 1 (destruction of the Demogorgon by Eleven) on a rather satisfactory note. 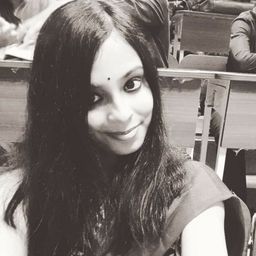 Jayasmita Dutta Roy
Jayasmita Dutta Roy is an aspiring Film Critic and a Writer at High on Films. From the forgotten classic to the happening contemporaries, she have an instinctive predilection for analyzing, reviewing, and writing about films and a knack for blending cinematic brilliance with academic understanding.