Who Was Mohammed Al Fayed In ‘The Crown’? Did His Son Dodi Fayed Share A Relationship With Diana?

“The Crown” Season 5 finally introduced Mohammed Fayed and the famous Dodi Fayed to the viewers, and how Diana got in touch with one of the richest businessmen. This season of “the Crown” not only focused on the lives of the members of the royal family but also on many secondary characters. Episode 3, “Mou Mou,” brought to life the tales of Mohammed Fayed, an Egyptian businessman who had everything he ever wanted except a fascination that he seemed to never accomplish until he was able to.

Mohammed Fayed And His Fascination For The British Royal Family

Episode 3 of “The Crown” Season 5 begins with Mohammed Fayed, a young man from a lowly family who falls in love with a woman from a rich family in Egypt. Egypt, at this point, is a British colony, and Mohammed, since then, has had a fascination for the British, especially the British royal family. Mohammed soon strikes a business deal with the family of the girl he loves, proves all of them wrong, and becomes a rich businessman in his home country. His success story is the talk of the town, and he soon marries the one woman he has always loved. But Mohammed Fayed’s obsession with all things rich and fabulous did not stop there. He eventually owned the Ritz in Paris, making him more popular in France. His allure towards all things British peaked when he got in touch with Sydney, who worked as a personal valet for King Edward VIII, the one who abdicated the throne shortly after he was made the monarch of England. Sydney was proud of the fact that he worked under the dashing and elegant former King Edward, and Mohammed Fayed, for all the love he has for the British royals, hired Sydney to help him teach British manners, the English language, how to dress, and the history of the royal family. Mohammed Fayed, despite all the wealth he has around him, is attracted to the way the British royal family lives and carries themselves. Since his younger days in British-occupied Egypt, he did not mind the colonizers though his father had other opinions about it. Mohammed Fayed’s friendship with Sydney soared over the fact that Sydney adored his previous employers, who made him a part of their family. Sydney made sure he learned everything from Edward and his wife, Wallis Simpson.

Mohammed Fayed and Sydney become good friends over time, and he sympathizes with Sydney when he hears the news of Wallis Simpson’s death under distressing conditions. Sydney opens up about the villa where Wallis and Edward lived and how it contains items of historical importance that cannot be sent back to England; for now, it belongs to France. Mohammed Fayed goes all out to renovate the home, preserves Edward’s items from being auctioned off, and contacts the Queen’s team to let them know of the artifacts. Sydney is elated to see the restored home of Edward and Wallis, which is now Villa Windsor, and Mohammed Fayed is excited to hear news from the Queen’s team about taking back all the artifacts that belonged to her family. Mohammed Fayed hopes he will meet the Queen in this manner, and this would fulfill his dream to meet the monarch. Mohammed Fayed, in the hope of seeing Queen from close quarters, manages to get tickets for the local polo tournament in England, but again he misses the chance because the owner of Harrods was sitting next to the Queen. Mohammed Fayed soon acquires Harrods, only to be avoided by the Queen during the polo match, and he happens to be accompanied by Princess Diana of Wales. Mohammed is more than happy to be seated next to a royal, even though it isn’t the Queen. However, Dodi Fayed, the son of Mohammed, wants to be a different kind of businessman from his father. Dodi wants to produce films, and his father is against it. Dodi conveys that instead of spending money on Harrods, his father should help him finance films, which had been his dream for years. Dodi longs to be different from his father. The only way he can convince his father to put money into his film is by explaining to him the tale of the protagonist in it, an outsider through sheer hard work, who became an insider. Impressed by this anecdote, Mohammed Fayed helps Dodi finance his films.

In Episode 10, “Decommissioned,” Dodi goes all the way to America to follow his dream of financing his films. Faced with a series of flops, his father refuses to help him further, and he also disapproves of Dodi’s American girlfriend. Mohammed Fayed, meanwhile, gets in touch with recently divorced Diana and invites her to visit his yacht for the summer with her kids. Dodi, meanwhile, goes against his father and gets engaged to the American actress. The season finale sets up the fact that Dodi and Diana will eventually meet. Mohammed Fayed, as always, was happy to host a royal and the royal heirs on his boat under the pretext of being a humble host. The appeal he saw in how the British royals lived never diminished, even though he knew the barrage of paparazzi that would follow Diana wherever she went. Mohammed Fayed did not find the amount of publicity Diana was receiving disconcerting. He was probably happy with the paparazzi following her, which would mean the media would also highlight his name all over the papers. Meanwhile, Diana hopes that the paparazzi might not follow her on a private vacation of hers and is confident of the fact that Mohammed Fayed’s bodyguards would get rid of unwanted attention.

“The Crown” season 5 made sure they included this character, who has probably been the most spoken-about figure if Diana is ever mentioned. Dodi, unlike his father, never had any fascination for the royals of Britain and did not intend to live in England or France like his father. Dodi briefly met Diana during the polo match and never got to know one another like Mohammed and Diana. But over the years, since the car crash in the year 1997, there have been many speculations about the relationship status Dodi and Diana shared till their untimely death in a car crash in Paris. There have been a million speculations about whether Dodi and Diana were dating or just friends who just happened to connect over the summer of 1997. Dodi is a sensitive person by nature, as portrayed in “The Crown,” who is constantly under the shadow of his dominating rich father. Meanwhile, Diana was in a similar situation until she divorced Charles. Under the shadow of a husband who neglected her and his family and never empathized with her state of mind, there might be chances that they connected or bonded over similar backgrounds and began seeing one another. Though Dodi and Diana knew each other for only a few weeks before the unfortunate crash, their relationship was highly publicized and reported by the media regularly, much to Diana’s distress. There were speculations, too, about whether Dodi and Diana dated one another only for the sake of the tabloid papers, which were constantly harassing Diana by photographing every move she took. But there have been published books that lean on the fact that Diana and Dodi started dating after their meeting at his father’s villa in Saint-Tropez, and unfortunately, both passed away a few weeks into the courtship.

Will We See Dodi Al Fayed In ‘The Crown’ Season 6?

Season 5 ends with Dodi Fayed getting engaged to Kelly Fischer and Diana preparing for her trip to Saint Tropez as per the invitation offered by Mohammed Fayed, who is very keen on becoming acquitted with her and her kids. The Dodi Fayed–Diana story will most probably be covered in season 6 of the show, and writers will focus on how the two met, whether they dated or not, and if they did, how the attraction happened between them. It will be interesting to see how the writers will project this on-screen with Diana’s family still around and relevant in the media. It will also be interesting to see if the writers work around the speculation that the royal family was responsible for her death. Will they pay any heed to that conspiracy theory? We will have to wait for “The Crown” Season 6 to understand the reason behind Diana and Dodi’s unfortunate death in Paris. The 5th season of “The Crown” does an excellent job in showing us just through two episodes how overpowering Mohammed Fayed’s presence was in Dodi’s life. Dodi could not make anything of himself without his father’s approval. Dodi was as damaged as Diana. The writers also did a fabulous job of showcasing the almost perfect yet flawed Diana. It was refreshing to see a balanced approach taken by writers who did not go on sympathetic overdrive while writing her character. “The Crown” season 5 might get a lukewarm response, but it does leave an impact by the end of it.

See More: ‘The Crown’ Season 5: Ending, Explained: What Was The Conflict Between Queen Elizabeth And Prince Charles? 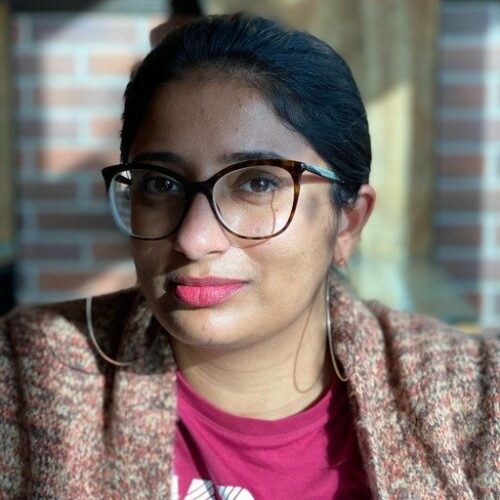