As Erik Nordgren’s unsettling score reaches to its crescendo, the ominous narrator recites the passage from the book of revelation, and we find ourselves in the harsh, unforgiving world of Ingmar Bergman’s “The Seventh Seal” (1957).  In the age of existential crisis, I wonder what young audience will make of this Bergman’s classic. It does not carry the delicacy or rather subtlety of his later work, nor does it flinch away from themes considered so out of fashion by some.

Existential work often travels on the back of allegorical modes, questions are asked in cloak of vagueness, and the answers (if there are any) are left to viewers to discuss over desserts. But Ingmar seems more than happy taking every theme head on and leaves generation after generation in absolute awe of his stark depiction of life and death.

Bergman’s “The Seventh Seal,” tells a tale of a disillusioned knight Antonius Block (Max Von Sydow) returning from the failed crusade with his squire Jöns (Gunnar Bjornstrand) to his homeland Sweden, only to find it being gripped by plague and death. As he makes his way back to his estate, he is accompanied by none other than the culprit of this destruction itself, ‘Death.’  Block is well aware of his smeared fate and in some way accepts it too, but the agony over the meaning of his own life makes him strike a bargain with his pale collector and they start a game of chess, where if the knight loses, death may take him.  This game is continued throughout the film.

Bergman throws a cold steel hammer at his viewers here. His approach in grappling with themes of Life and Death is audacious, to say the least. The personified Death cloaked in stark black robe from head to toe provokes you, there is no subtlety here. The questions seem to scream at your face; “What is the meaning of life?” and “Why must our God remain silent in the face of destruction and chaos?” Block’s growing atheist sensibilities lead him from one question to another. In doubt, he questions, What if there is no God? And if not, then what gives our life meaning?.

Ingmar’s search for this truth finds its voice through Antonius Block, who, after spending 10 precious years of life in service of God, finds himself drowning in the sea of doubts. Block’s awareness for higher truth is a bitter epiphany for him, he does not want it, but the overwhelming realities he has suffered push him to drop the growing burden of faith. He even confesses to a deceitful Death, parading as a village priest, that what will happen to the people who want to believe but cannot.

On the other spectrum of prism stands Jof and his family. Jof represents the complete opposite psyche to Block. The difference between their sensibilities are a true representation of the idea between ‘Absurdity of Life’ and ‘purpose of being,’ and through these two characters, Bergman drives his idea home, but we may come back to them a bit later.

Set in medieval Sweden, the film, in a very tactful way, shows the emergence of a modern man and his thirst for knowledge and, above all, ‘truth.’  Bergman conveys his modern sensibilities from depicting the image of an abandoned knight to the image of the chessboard; this is a great leap from medieval faith to modern rational thinking. Antonius Block is well aware that he must die. He understands that even if God does not exist, death most certainly does. So, when the personification of Death comes to claim him, he does not surrender readily and challenges him for a game of chess. Block here chooses to become master of his own fate and decides to give his life meaning through one last meaningful act.

Bergman’s genius lies in the fact that he is acutely aware that knowledge and reason cannot be the end in itself. The Redemption Block is looking for does not fortuitously come from his gain of reason. They are a mere vessel to serve a much bigger purpose, the purpose of looking beyond oneself and one’s agony. Through this, we may have a better understanding of another important character of the film ‘Jof.’  Through Jof, Bergman offers the idea of purity of the Artist, who is able to see the beauty and wonder of the world even when the world around him is crumbling away.  His innocence and purity allow him to see the vision of Mother Mary walking with Jesus, maybe hinting that God can only be found in art.

Jof and his family become Antonius’s solace. Block, who is looking for definite answers for his faith or the lack of it, finds no resolution in the film, perhaps because there are none in real life. Instead, he finds Jof and his family, and in them, he finds hope for the future, a future that may not be there for him tomorrow, but it will be for Jof and Mia’s son. Jof and his family give Block’s life purpose beyond his own mortality.

Released in 1957, Bergman’s ‘The Seventh Seal tries to understand the meaning of God’s silence. Its answer may not fall into the clear category of chess’s black and whiteboard, but it solemnly stays true in its pursuit. The very last image of the film puts its essence into bright colors. We see the knight and his companions being led by death performing the ‘Danse Macabre’ as Jof looks on at this grim procession. ‘The Seventh Seal’ may not have succeeded in answering God’s silence, but it eloquently put its faith among the living, and it’s a faith worth celebrating.

The Seventh Seal is a 1957 Drama Fantasy film written and directed by Ingmar Bergman. 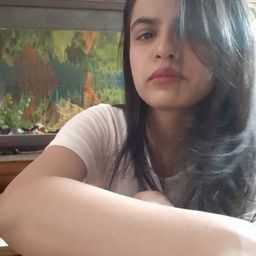 ‘Pamela: A Love Story’ Explained: Why Did Pamela And Tommy Separate?

‘Trolley’ Episode 11: Recap And Ending, Explained: Will Soo-Bin Move Against Hye-Joo and Joong-Do?

‘The Offering’ Ending, Explained: Did Claire And Her Baby Survive? What Happened To Art?

‘When You Finish Saving The World’ Ending, Explained – Do Evelyn And Ziggy Revive Their Mother-Son Relationship?

‘You People’ Ending, Explained: Do Ezra And Amira’s Parents Accept Their Relationship?