Columbus discovers a space so vividly that you don’t realize it is one’s directorial debut. Kogonada through his ideas and imagination transports us to a world that is indeed magical.

The film begins with Jin (John Cho) reaching Columbus, accompanying a friend to take care of his ill father. Casey (Haley Lu Richardson) is a resident of this town. She is a fresh graduate and we meet her when she is stuck in a routine. She was also due to take Jin’s father’s class, who himself was a professor of architecture. They meet around the campus on a gloomy day, with unsettled minds and a cigarette to share.

What does it mean to live in a place, build a life and make it your own? Columbus tells the story of Casey who lives in this town and who is still detached yet intertwined by her structures.

According to Kogonada – “When you initially start loving something, you’re not sophisticated. You create lists, and you enjoy passionate conversations. And as you grow, it becomes distasteful, and even the conversations get cynical. Sometimes you need to reconnect for the love of it that made you want to have your own list and why you loved it.“

That sets the base for Casey and Jin to bond over. Casey takes Jin to every building she loves in this town (she has her list) to merely express the beauty of how a structure became a comfortable place for her. On the other hand, Jin is trying to understand this passion not only hers but also his father’s. In one of the early exchanges, Jin asks Casey and to the audience, pressing the point, the underlying question of Columbus- “what does this building make you feel?” (Referring to the glass bank designed by Eero Saarinen).

Columbus is a perspective of a place with beautiful buildings, its stories, and the reasons to dig deep why we love the things that we do. In another scene, Gabriel, a friend of Casey who works with her at the library, debates ‘Books vs. Video Games‘. This is somewhat similar to Jin’s question of feeling. To make a point that we love the things we’re interested in is a subtle nudge to say the explorations of such passions, patience and conversation might not be a film for everyone too.

The film also serves as a metaphor that gravitates towards healing. Jin and Casey meet each other in this town at a point where neither of them can make sense of their lives.

As we spend time knowing Casey’s guilt with her mother, and Jin’s feeling of meaninglessness towards his father guides them to be firm and move ahead with their life. As Kogonada subtly balances emotions and shows what both Casey and Jin feel, catharsis takes place. In a way, when we see Casey and Jin at the end of the film, his courage is now hers, and her stillness, mindfulness, and forgiveness are a part of his.

It acts as a reminder to ignore the ways in which life works, and most of all, to look. It is a love letter to the unexpected situations or people we meet who can instantly, in exchange, enhance our journeys, and yet we don’t realize how rare these situations are. Columbus is that one rare chance.

To the places we go

In some ways, the architecture of Columbus is what holds Jin back to understanding his father and gently allows Casey to look towards her bright future, letting go of the fear she has for her mother.

So, in the bigger picture, Columbus seems to be both, a symbol to do the right thing, whether it is going back or moving forward. It reminds the people why they make lists and analyze the beauty of something they hold dear to their life.

Columbus is a 2017 Drama Film directed by Kogonada in his directorial debut. 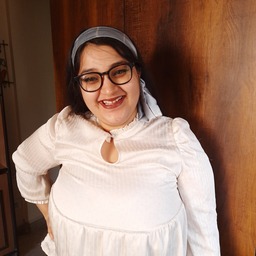 Amla Chaturvedi
Amla believes in discovering a little more about the world through the medium of Cinema and diving into those meaningful conversations. She is a freelance writer, who articulates words for films and television.

‘Now And Then’ Season 1: Ending, Explained – Who Is the Culprit? Are Any Of The Primary Suspects Arrested?

‘Jerry And Marge Go Large’ Ending, Explained: Do They Win The Final Lottery?

‘Money Heist: Korea – Joint Economic Area’ Ending, Explained – Will There Be A Season 2?

‘Queen’ Ending, Explained – What Happens To Sylwester? Does His Family Finally Accept Him?

‘The Old Man’ Episode 3: Recap & Ending, Explained – What Happened Between Dan & Hamzad? Who Was Emily Chase?

‘Jerry And Marge Go Large’ Ending, Explained: Do They Win The Final Lottery?

‘The Man from Toronto’ Ending Explained: Who Was Sebastian Marin? What Happened To Teddy?