Who Was Nada In ‘The Sandman’ Series? Why Did She Call Morpheus As Kai’ckul During His Visit To Hell?

Netflix’s recent release “The Sandman” is an adaptation of Neil Gaiman’s magnificent graphic novel “The Sandman.” Here we see the King of Dreams, Morpheus, searching for his tools—the pouch of sand, the helm, and the ruby, once captured by humans. All of them together make him more potent, but without them, he is vulnerable. After being released from humans, he regained the pouch of sand, which helped him reach his next destination, where he could find his helm. His helm was traded with a demon who had left the mortal world long ago and was now residing in hell. When he reached the gates of hell, he confronted the keeper, a demon named Squatterbloat. After a moment of tension, Squatterbloat escorted Morpheus to Lucifer Morningstar.

While on their way up to the palace of Lucifer, Morpheus was about to go past some sort of prison. Some souls were kept for their heinous crimes in the past. We can see that while walking past, one of the souls called Morpheus goes by the name “Kai’ckul.” It was the soul of a woman named Nada, who seemed to know the Dream Lord for almost 10,000 years. So, who is Nada? How did she know Morpheus for so long? To find out about this, we must visit the comic book realm. At the beginning of the 2nd volume of “The Doll’s House,” we get to see two tribal men from the past walking in the desert. One of them is the grandfather, and the other is the grandson. It was the ritual of the tribe for the younger boys on their path to entering manhood. First, they had to get circumcised and then listen to a tale out in the desert from the older men. The grandfather finds a perfect spot to tell the tale and asks his grandson to find a shard of glass. Once he saw it, they set up a fire, and the older man started the story.

The old man told him that the place where they were sitting, long ago, used to be a city made of glass. He said that the shard of glass once belonged to that city, and it was forbidden to take it away from this place. This is why the tale had to be told in such a place. Their ancestors belonged to the city, as the first people on earth were from their tribe. So, according to the comic book, Nada was the Queen of the city. When she was sixteen years old, she was the most beautiful woman in the world. The women from her tribe asked her to find a suitable husband, but every man she met seemed to disappoint her. One day, a stranger came walking into the city, and at night he stood right beneath the Queen’s Tower. As soon as Nada looked out of her window, she saw the stranger standing in the streets. She fell in love with the stranger as soon as their eyes met. The next morning, Nada called everyone and asked them to find the stranger. However, no one had ever seen him before or was able to find him anywhere. Unable to find her lover, Nada went into the forest and met with the King of the Birds, whom she requested to find this stranger. The Bird King summoned all the birds in its realm and instructed them to find him, but unfortunately, no one had seen him except for a little Weaverbird. The little Weaverbird said that the stranger gave her a grain to eat, and that is how she remembered him.

Nada asked the Weaverbird to find the stranger for her, but a day later, it came in a burnt state, while carrying a berry from the trees that only grow in the mountains of the sun. When Nada had given up hope of ever finding the stranger, the bird told the Queen that if a human swallowed a berry from the tree, it would transport them to the location of their true love. The bird brought the berry to the Queen, and she swallowed the fiery berry. Nada soon found herself in a darkened place, and there she saw two brothers (probably Cain and Abel) fighting. One of them (probably Abel) told her that she was now in the dream world, ruled by Kai’ckul, the King of dreams. Soon she realized that the stranger was no one else but the king of dreams himself, one of the “Endless.” She knew that a mortal couldn’t make love with the one who never dies. When she woke up, she found Kai’ckul by her side. Love was not part of the “Dream” world; it was one of the tools of “Desire.” But the King of Dreams never interacted with anyone who went to great lengths to find him. So, despite Nada’s numerous attempts, he made love to her. The next day, when the sun rose again, it saw them together and understood that something not meant to happen had happened. Hence, a blazing ball of fire came from the sun, and it struck the city of glass, completely destroying it and leaving nothing but a desert. As soon as Nada witnessed the death and destruction of her city and tribe, she couldn’t take it anymore and jumped off the mountain and killed herself.

After her death, Nada’s spirit appeared on the borders of the death realm. She saw Kai’ckul waiting there for her, betrayed. She tried to make him understand the disaster they would bring to the world if they stayed together. But the dream lord refused to listen to the logic as his heart was pounding for Nada. She refused again and again before walking down the road of the death realm. But, Kai’ckul stopped her as he was too proud to let her go. He asked her to be her bride, or he would condemn her to eternal pain. According to the comic, the story ends here. However, we find Nada in hell, serving her days in endless pain. This is why, seeing Morpheus in hell, Nada shouted “Kai’ckul” and asked him to forgive her so that she could be free. But, Morpheus said that although it had been 10,000 years, he still had not forgiven her yet.

Indeed, the whole idea was planted by the Desire to destroy the Dream. As in comics, it is mentioned that love has no place in the Dreamworld; it only belongs to Desire. But anyway, it was a fight between a selfless queen and a selfish lord. When Nada saw what had happened to her city, she decided to die thinking about the rest of humanity. On the other hand, Kai’ckul refused any chances of disaster as he was only seeking to make Nada the Queen of the dream world. When Nada refused him for the third time, only for the sake of the greater good, Kai’ckul’s pride was deeply hurt. He imprisoned Nada in hell, leaving her with eternal pain. Even after 10,000 years, Morpheus could not forgive Nada, knowing whatever she had done was done with a greater intention. So, it was Morpheus or Kai’ckul who was at fault in this premise, not Nada. Yet, after all this time, she suffers in hell.

See More: ‘The Sandman’ Ending, Explained: What Will Happen To Lyta Hall’s Son? What Was Desire’s Secret Plan? 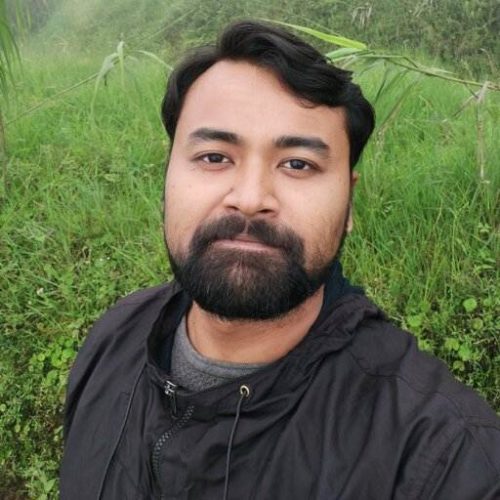 ‘Physical 100’ Episodes 5 And 6: Review – Is The Reality Show Picking Up Strength Again?

‘Trolley’ Episode 13: Recap And Ending, Explained: Will Joong-Do Get Away With His Manipulation Successfully?

What Do A Gun And A Book Of Puns In Ellie’s Hand Tell About Her Lost Childhood In ‘The Last of Us’ Episode 4?