‘Succession’ Season 1: Ending, Explained – Meet The Roys, How It All Started!

As bizarre as this random phrase, “Sad Sack Wasp Trap,” sounds, Succession’s erudite family of Roys are here to explain it to you. It’s a sac owned by society’s vengeful frowners, to feign charity to take money from generative wealthy men, or, WASP. (White Anglo-Saxon Protestants).

The Roys just defined themselves, as the phrase titles one of the episodes of the show. The family is attending a glamorous charity auction, as the reality of corporations dawned on us with Succession’s brilliant Season 1.

The show is a giant mirror held over the ground, where global politics enroll in media and mass appeal. Exposing the ugliness in wealth, when under the solicitor’s eyes, and into the greedy’s palms, Succession (2018) reached the zenith of satire, and we will break down why.

Meet The Roys: How it Started

Succession Season 1 premiere episode, ‘Celebration,’ starts in medias res, or ‘in the middle of things,’ just like a despaired Greek tragedy. The scene is set as an insignia of the corporate world with a monochrome off-white conference room, scented with wealthy hostility. Kendall, the prodigal face of the unicorn media and entertainment conglomerate Waystar Royco, is seen negotiating and apparently failing in terms of agreement with a possible investor. The face of the prodigy changes, as the magnate holding the company, Logan Roy, makes his appearance. Asserting power, he seals the deal of continuing to hold the CEO position, amidst the grand celebration of his 83rd Birthday. Rather than who gets to wear the face, the viewers witness the nefarious ways on how to acquire the face from the current holder; in this case, a son from his father.

The show’s absence of a tragic protagonist, or the slightest lack of sympathy for whoever we see on-screen makes the first season run on a harsh patch field. The first few episodes make us familiar with the harrowing fight between the siblings and a Zeus-like father, who suffers a stroke, falls from his throne for a second, only to get back on it.

Among the siblings, we sense an intensive show of greed and vengeance from two distinct characters. One desperately tries his mind, making allies and enemies to acquire face as the succeeding CEO, Kendall Roy. The other steers away from any family business, working for an anti-Roys candidate in politics, Shioban Roy (Shiv, for short).

A comic relief assuages the knife-cutting tension in the form of our third and youngest sibling, Roman Roy. He’s a sidebar who makes himself known through trivials of haughty remarks falling flat on his immaturity and lack of seriousness in anything he touches. He remains the nonchalant COO, who later joins Kendall in the coup attempt, with the jarring 6th Episode: ‘Which Side Are You On?’

Outside the World of the Roy’s

Expecting a familial bond between the wavering family was too buoyant a thought. However, amidst this, two-family outcasts introduce themselves. Tom Wambsgans, Shiv’s boyfriend-turned-fiancé, and Greg Hirsch, or the quintessential “Cousin Greg,” grandson of Logan’s distant brother. From a failed young struggle, his awkward antics land him a job at the helm of Waystar Royco.

Tom echoes the submissive “yes ma’am” character around the Roys. He turns a new leaf around Cousin Greg, as they form a strange bond working together in Waystar Royco’s headquarters.

Their friendship develops over an uncovering of terrible past crimes under the company’s cruise ship executions.

Secrets and deceit continue leading the show forward as Kendall crumples the paper of his coup, planning one after the other. Meanwhile, the upfront opposition from Shiv’s weapon of choice turns into diplomacy; she places herself in a safe cushion calling a truce between her political candidate and her father. Shiv’s two play-games stretches to her marriage with an indifferent affair, and requesting Tom for an “open marriage.”

Can Kendall Make It?

‘Succession’ Season 1 Episode 6 puts matters into a heightened perspective, not only of the plot but the shades running through Roy’s children. Kendall fails to capture the golden throne. He doesn’t lose hope, but he stands alone, as Roman leaves his side to join his father. Kendall calculates takeover stratagems during the day while wrestling with his age-old drug addiction at night.

His confident profile crumbles little by little in the vulnerable revival of his failed marriage with Rava Roy, and his frail negotiations with friend Stewey, fuelled by drug addiction.

A doubtful wedding, an anticipation of the final takeover move, and the Roy family’s fate graces with the Finale ‘Nobody Is Ever Missing.’ Roman experiences failure as a COO in a Rocket-Launch blast, and feigns responsibility by pulling the face of pretense. His intimate issues disturb his pompous mind, as he becomes sexually inept in his relationship. Connor Roy, the black sheep, and oldest sibling, comes out of his insignificant shadow, to claim his run for Presidency to his escort, Willa. His very insignificance might compel him to take the bizarre step, just as a desperate wannabe breaks the vase just to solicit the attention of the cool kids.

However, it all came down to a small gathering of the Roys, with Kendall disclosing his master plan coup to the family, essentially turning everyone against him.

Kendall’s staunch drug addiction has him crave for some night-relief cocaine, finally bringing him to Greg. This conversation strikes an unconventional deal when Greg offers the possession of evidence of the cruise-line scandal in exchange for a better job position to Kendall.

Finally acquiring weed from a waiter-kid, Kendall’s final demise unfolds in a car accident. Both of them crash into the lake, but only Kendall comes back alive.

If having killed a person didn’t bring Kendall to his tragedy, it was Logan, the next day, offering to conceal his crime, as he stoops to his father’s feet, tears of defeat in his eyes.

This tragedy is also a grave reveal to the nature of Logan Roy as he orders his staff to take Kendall away from his arms in disgust. He was tending to his flawed son, but only snapping a fly hovering around his golden throne.

Tragedy struck, but never at a misfortune meeting fate. It struck with an incessant planning of one’s kill with the knife, which turned blunt enough to serve as mere digging of his own grave. Succession with its title, on the surface, proves the fiction of meritocracy. In the deeper oceans of every Roy, however, we see the ugly flaw in bequeathal.

Succession finale impinges on a close analysis of every last choice made. We anticipate not of the fate of the Roy’s, but of how every Roy would stand up on their feet, trip over them, or remain at the subservient stronghold of material wealth.

Succession is a Drama Television Series created by Jesse Armstrong. 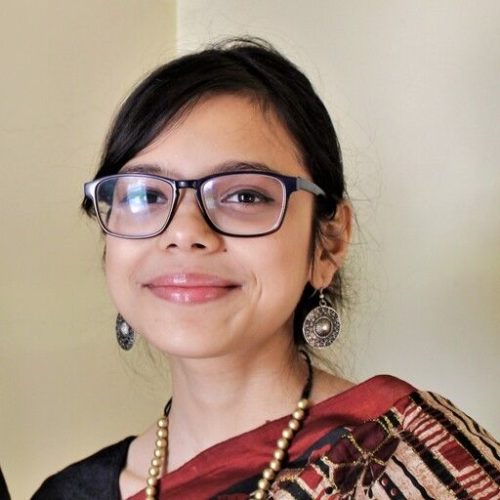 ‘Welcome To Chippendales’ Episode 3: Recap & Ending, Explained – What Happened Between Steve And Nick?